I have created new work for keep your Eye on the Doughnut. 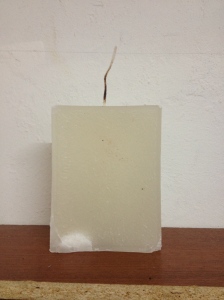 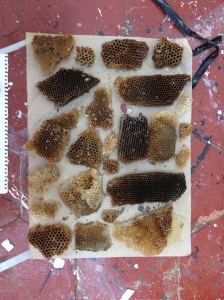 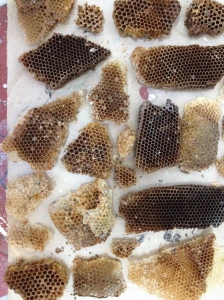 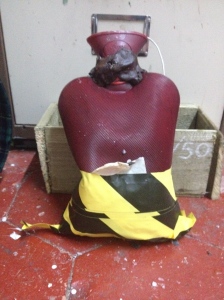 Bringing together art inspired by the beauty and magic surrounding the life of the bee, Keep your Eye on the Doughnut exhibition is being held to raise money for the future activities of Bootstrap Bees, a Dalston beehive celebrating its first year in June.

The process used to arrive at prints and sculptures parallels the hive as a purposeful environment of industry enacted on behalf of the collective. My interpretation of Keep Your Eye on the Doughnut focuses on renewal and the protection of eco-systems using the beehive as a model for a sustainable future.

“There is only human capacity and what flows from it. And this can continually be discussed and explored in an ongoing dialogue between people, and lead to endless productivity that builds up and rebuilds the world; that under certain circumstances does not destroy it.” Joseph Beuys

Inspired by the brief, I took relief prints of man-made objects that could be used as molds. I punctured and threaded a wick through the object/mold and then poured melted wax into it, making a candle. I disassembled the object to extract the candle. The object is again used to print from, this time taking an imprint of the objects’ destruction. The candle infers that the ‘core’ still exists, until it is burnt down entirely.
The candles, prints and a book (edition of 5 alive) are available to buy at The Print House Gallery, where
an auction and opening party will be held on the 10th April, with a live illustration on a hexagonal light box by Benjamin Phillips (which will be raffled), a performance by Deep Throat Hackney ladies choir, dj sets by Anika Mottershaw and Midnight Chardonnay and nail painting. The exhibition will remain on show until the 17th April.

This year, Bootstrap bees are looking to expand the number of hives on the site, which could include receiving a new colony, or rehousing their own swarm (the natural mode of hive reproduction); being prepared and equipped for honey extraction later in the year (fingers crossed); and further education programmes for children.