“Reproduction and death condition the immortal renewal of life: they condition the instant which is always new. That is why we can have a tragic view of the enchantment of life, but that is also why tragedy is the symbol of enchantment. The entire romantic movement may have heralded this, but that late masterpiece, Wuthering Heights, heralds it most humanely.” Georges Bataille, Literature and Evil

St. Mary’s carpark graveyard: the site of Anne Bronte’s grave and the symbolic locus of ideas endeavouring to trace personal and collective histories.

Burial: digging deep into the ground; cover; spatial; cyclical; embodied by the womb.

“’I wish I could hold you’, she continued bitterly, ‘till we were both dead!”

PEAT BOG, made with film-makers Webb-Ellis, is an attempt to combine an understanding of a nurturing landscape with the terrain recalled in Wuthering Heights.

The vignette details performances. The performances were acts of remembrance generated by the landscape and inherently, passively by personal histories.

Heathcliff, representative of the dispossessed, and I are aliens dropped into this ancient landscape. Appearances suggest we were not meant to be here. Alienation is magnified  by a landscape scarred by borders testimony to territorial ownership

The body can become heavy, sluggish, de-stablised, this is reinforced by isolation. The territory is bleak, remote, unforgiving, unhearing, without union or unity with other bodies.

The separations between Heathcliff and Catherine are all the more awesome through the breathtaking union between their souls. Cementing their union is the landscape.

Heathcliff and I fall under a net of unbelonging although fully of this landscape. This is in part to do with belonging as humanity, as a universal citizen of the world.

I have spent all my life in Highdales, 2 miles off the beaten track from a village called Hackness, 9 miles West of Scarborough town: in a house with generated electricity, it’s own spring, gas lights, not a neighbour in sight. I came to live here through my mother’s marriage to a local solicitor and country farmer whose family had bought the land without knowing the properties on it even existed. The land was used by him and his brother, an international arms-dealer as a playground and the land is still used as a shoot. Following divorce my mother retained the house and maintains it as her home. It is an island amidst territory.

The landscape, well trod and listened to, is ancient and demands a giving way to instinct and a surrender to its pulse. Connections made issue as do through observational drawing demanding not recording what I think I know but what can be seen. Evidence stems from archives: oral; art historical; secular and non-secular traditions and events; land ownership.

The deepest peat-bog deposits worked on in the vicinity were Peat Bog Moor on the Hackness Estate near the Falcon Inn off the Scarborough to Whitby Road. Here all the tenants of the estate had right of turbary. At the present day the bog, situated in the midst of trees planted by the Forestry Commission, is not as deep as it was and is confined to one acre.

Peat-bogs: the material of preservation, warmth and growth, the past layered in its mass and beginnings visible on its surface.

Beginning continues and unchartered territory will see applying these initial steps to developing this project in Wales: locating Wales as Britain’s first colony. Filming on the Pembrokeshire coast, where my grand-mother’s family herald, the idea is to accentuate the elemental through communion, memory and historical references, excavating buried narratives: a coracle workshop will be initiated with the aim of creating a float of pyres.

The questions are geo and bio – political, of universality.

The communion I speak of are performances enacted through surrender to the unknown or unfathomable. This allows for rituals to take place, for celebration, for grief, lamentation, desperation and belonging with the dead. 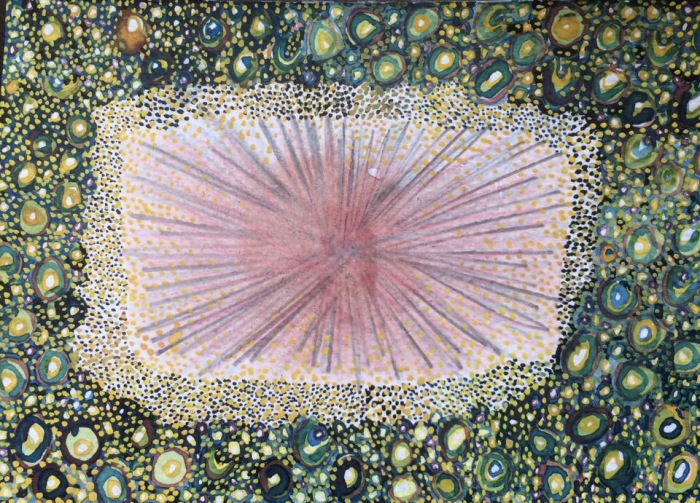